Hotels are losing out on metasearch 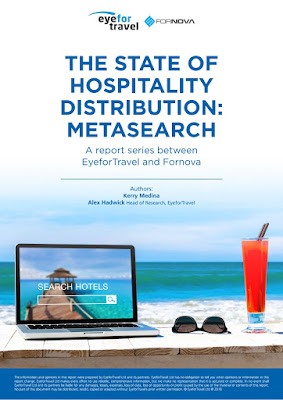 Data from the white paper drawn from nearly 10 million searches on meta engines in 2018 reveals that just 34% of bids monitored featured a direct link posted by a hotel.

Across March, April, and May 2018, less than a third of the shops made by data partner Fornova on meta sites had a direct hotel option being displayed. This rate reached a low of 18% in March 2018 and rose to a high of 28% of shops made in May. Ranking for hotels was also low on the sites monitored, with hotels’ bids coming in at the sixth-ranked option on average in May 2018.

This is allowing OTAs to dominate the space, one which is increasingly crucial for attracting consumers. More than 90% of consumers report using meta sites for price comparison when booking accommodation but the vast majority of bids and outbound traffic from these hugely popular sites, including Google, TripAdvisor, and trivago are benefitting Online Travel Agencies (OTAs) finds the white paper.

Furthermore, hotels are being undercut by both their contracted OTA partners and by third parties working without agreements. The research finds that contracted OTAs are undercutting by an average of 5-6% on meta sites and by an even higher 10-11% by non-contracted OTAs. This means the consumer, who is largely driven by value, is frequently seeing better rates than hotels direct bids, meaning wasted spend and lost data and brand loyalty. When the consumer is searching 14 days or less out from their stay, the research found that they would see a lower bid the majority of the time from multiple actors.

This is a battle for hotels as the average hotel usually falls short of the labour and technological resources to do so. Furthermore, as Fornova CEO Dori Stein points out, there’s no way for a hotel’s revenue or e-commerce manager to know what meta engines are showing their guests in different countries because of the varying IP addresses. “Unless the hotel has a way to monitor its top inbound source markets, it’s a losing battle,” he added.

Chatchai Pongprapat, assistant vice president, revenue management  at Dusit International appreciates the issue, “There is crossover between all of the different players on various channels and that makes it very hard to maintain rate integrity,” he said. The company’s solution has been to partner with Fornova, which polices the rates and helps Pongprapat to maintain rate integrity and partner behaviour.

More effective monitoring and activity on metasearch sites can have a very real effect on the bottom line: “We felt we weren’t featured very visibly as their models evolved and so we hired a third party that could constantly monitor our meta campaigns and make them effective programs,” said Preferred Hotels & Resorts, Global Vice President, Revenue Optimization, Rhett Hirko. Meta-driven bookings jumped 30% after Preferred began working with a third-party partner to manage meta campaigns. They determine the best ROI from each individual meta site based on the budget Preferred dedicates to the channel, as well as meta sites’ performance for Preferred based on click-through volumes. Hirko noted that in terms of how cost effective the move was, “it took a while to tweak the program, but we’re definitely getting good returns for our investment.”

Why every company should put extra effort into customer analytics

The opportunities for business to extract customer data are expanding. Therefore, today’s business imperative is to enhance customer analytics. This is a guest post from Datumize. 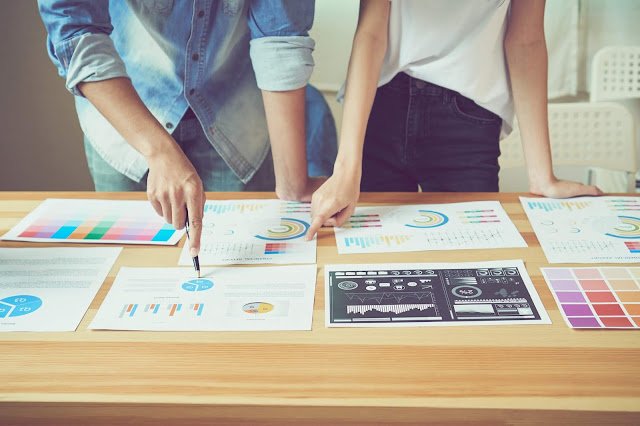 The opportunities for business to extract customer data are expanding. Therefore, today’s business imperative is to enhance customer analytics. This is a guest post from Datumize.
Now, companies can gather data from numerous interactions and devices. ​From cell phones to tablets, ​computers to cashregisters​, customers are continuously generating data.​ Furthermore, data is produced in both structured and unstructured forms. For example, traditional data sources like conversion records are now complemented by unstructured data generated by social media interactions. The sources are so numerous that some businesses can find processing the volume of data a challenge. Therefore, developing an integrated overview that reveals connections between these sources is crucial to enhance insights.

Deploy customer analytics to gain the advantage
According to research conducted by Harvard Business Review,​ ​this intelligence is key to a competitive edge in today’s market.​ Harvard Business Review’s report shows how data is creating added value for both businesses and consumers. By interviewing a cross-section of academics, data scientists and executives, Harvard they found that:
Companies with comprehensive customer analytics across all sources were generating ​up to 8.5 times more shareholder value.
Whilst many companies use data to optimize operations or sales, ​meaningful differentiation comes from customer service​. Through these insights, businesses can better understand their customers’ needs and orient business operations around those needs.
60% of executives reported that siloed data was the greatest barrier to detailed customer analytics​. To overcome these obstacles, businesses are creating agile teams that develop solutions with customer experience at their core. Data is valuable, but it is of little use if businesses cannot analyze the information effectively.
Therefore, companies need to ensure they have ​the right tools​ to visualize and interpret data. ​These tools are increasingly accessible, making it possible for less data-literate operations to leverage insights independently from data scientists, in spite of their continuing importance.

Meet customer expectations through data
Previously, many companies have adopted a product-centric attitude to data. Essentially, this approach generates value for the business as opposed to the customer. For instance, ​airlineswere trailblazers in dynamic pricing models​ that adjusted ticket prices according to demand. However, the new business imperative is customer centricity. This is because ​an increasingly competitive market means that service is now the primary product differentiator. ​Today, consumers expect every interaction to be instantaneous and seamless. Meeting these new expectations requires robust analytic capabilities that enhance customer experience. In contrast to many airlines, hoteliers are using data to strive towards meeting customer expectations. For instance,​ ​Ritz-Carlton Hotels aredeploying data to generate added value for their customers.​ Their ​data tools track customer requests, so they could predict future requirements.​ So, to illustrate, if a customer requests a hypoallergenic pillow, Ritz can ensure they have one available for every stay in the future.

Reap the benefits of advanced analytics
To ​profit from customer analytics​, ​C-levels need to implement technology and business cultures that make interfacing with data seamless.​ For example, marketing managers need to ensure data about customer interactions with marketing content is readily available. From here, they can use data to personalize campaigns and offers. Furthermore, sales departments need intuitive tools that make actioning insights more straightforward.​ Once these capabilities are in place, business can begin reaping the benefits identified by the Harvard Business Review.

Wholesalers are the biggest issue in hotel distribution

Hotels and OTAs are being undercut on the overwhelming majority of OTA searches by non-authorised players looking to capitalise on price competitiveness finds a new white paper. 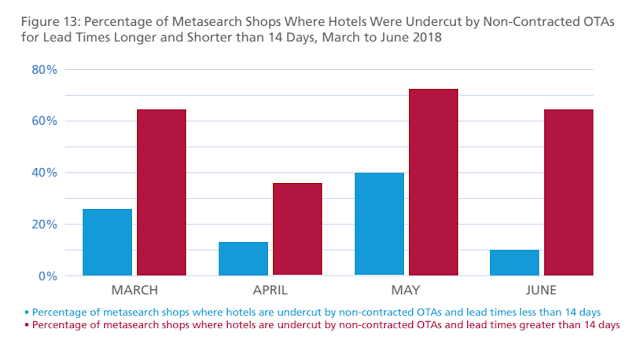 Fornova and EyeforTravel’s new white paper has uncovered that the greatest factor impacting rate integrity is contracted wholesalers, which are selling inventory to Online Travel Agencies (OTAs) that do not have direct agreements with hotels. This is resulting in lost market share and revenues for both hotels and partner OTAs. The depth of this is revealed by Fornova monitoring of nearly 10 million shops made through metasearch engines in 2018.

Contracted OTAs on average undercut hotels in 14% of the shops with leads times less than 14 days and in 26% of shops with leads times above 14 days. However, when it comes to non-contracted sellers, the share of shops that were undercut doubled or trebled, depending on the time frame. 39% of hotels’ direct rates advertised on meta were undercut by these actors for stays less than 14 days rising to 74% for those with lead times above 14 days

Furthermore, non-contracted OTAs are undercutting more aggressively than contracted counterparts. On average, OTAs working under agreements with the hotel posted rates that were 5% to 6% lower than the direct rate. This jumps up to 10% for non-contracted sellers advertising for lead times under 14 days and 11% for lead times above 14 days

The majority of this is coming from wholesalers moving on inventory, which is then posted by other sellers. Fornova CEO Dori Stein estimates that 40% to 50% of hotel inventory contracted to wholesalers is leaked online, despite the fact that they negotiate for static rates, based on the fact that those rates will be opaque to consumers who are purchasing the room as part of a package with other services included.

The growth of APIs has allowed more players to access and market inventory to more partners but this is not necessarily in the hotel’s best interest. Hotels need to have a view on who is selling their inventory and at what price to protect their brand’s integrity and also to prevent their prices being consistently undercut by wholesalers who should not be placing inventory in this manner. Failing to do so means hotels cannot understand the true effectiveness or cost of their marketing and sales efforts and for consumers to shift away from seeing value in making a direct booking.

The issue is ongoing for Thailand-based Dusit International, which operates primarily in Southeast Asia and which maintains static contracts with a multitude of traditional wholesalers. “There is crossover between all of the different players on various channels and that makes it very hard to maintain rate integrity,” said Chatchai Pongprapat, assistant vice president, revenue management. The company’s solution has been to partner with Fornova, which polices the rates and in turn, Dusit tackles rate disparities one-by-one as they arise, while also reconsidering the terms and conditions of individual static contracts in order to keep the hotels from being undercut.

However, resolving each rate discrepancy doesn’t necessarily remedy the issue in the long-term. The third-party vendor will rectify the issue at the time it occurs says Stein, but without contractual obligations, the partner isn’t necessarily obligated to maintain parity in the long-term. Plus, they will often change the rate in the local market where the hotel’s revenue or distribution team is located, while leaving incongruent rates in international markets as it’s more difficult for the hotel to verify that the changes have been made. According to Fornova CEO Dori Stein, “when hotels have a bad parity situation and they’re on meta, they’re effectively paying to tell the world that their brand.com rates aren’t the cheapest.”